Cavan Scott has an extensive background in magazine editing and audio production, he has also written numerous short stories one of which is appearing in a new charity ebook anthology in April 2011.


Cavan’s comment on the book.
‘Voices from the Past, published by H&H books features stories from a number of the people found in the Obverse Book of Ghosts – namely myself, George Mann, Stuart Douglas, Paul Magrs and Thomas Fletcher – alongside such names as Alastair Reynolds, Paul Cornell, Johnny Mains and Jasper Fforde.
It’s a great collection that costs that 59p and all proceeds will be going to Great Ormond Street Children’s Hospital. Even the website and web hosting has been donated. I’m very excited to be involved in this project with all monies going to such a great cause.’

Check out The Obverse Book of Ghosts

HR: First of all can you tell me how the Obverse Book of Ghosts came about and where that name came from?


CS: The book was my tribute to those old ghost books of yore – The Fontana Book of Ghosts, The Pan Ghost Book and so on. I loved these spooky little tomes when I was a kid with their strange photographic covers and lurid little stories. My Grandparents used to live in a flat in this old gothic house in the centre of Bristol and I used to get as many of these scary little adventures and read them in the middle of the night in this fantastic spooky building. It was perfect. 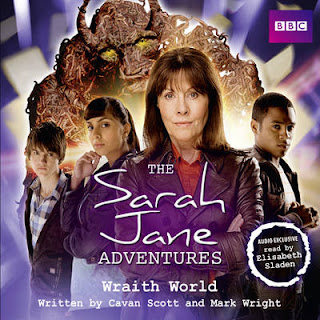 I’ve always wanted to produce a modern equivalent and so when Stuart Douglas, the publisher at Obverse Books, was looking for ideas for short story collections I barraged him with emails about a ghost book until he gave in.


HR: so what do you look for in a ghost story, is it the bit of mystery or something more visceral? What makes it one to read under the covers by torchlight?


CS: A good ghost story makes you start to doubt the shadows. There’s a great line in a Christmas Carol – my favourite novel – when the Narrator says Scrooge “found himself face to face with the unearthly visitor who drew them: as close as I am now to you, and I am standing in the spirit at your elbow…”
My favourite kind of ghost stories make you feel that someone – something – is standing right next to you but you can never see you it is. There can be physical elements to an haunting of course, but in essence they should unnerve you when you’re on your own, or at least when you think you’re on your own…


HR: So a collection aimed to unnerve and chill. When and in what formats is the Obverse Books of Ghosts being released and can we expect to see more Obverse book of X titles?


CS: At the moment the Book of Ghosts is available in a lovely hardback edition. Stuart does such a lovely job with his books. They just feel lovely when you first lay your hands on them.
As for the future, I hope that if this first volume of ghost stories sells then others will follow.


Obverse also publishes short story collections based around the character of Iris Wildthyme – a character created by Paul Magrs who previously appeared in Doctor Who audios and novels as well as her own line of audio dramas from Big Finish. But while the heroic Doctor travels with attractive young companions in a time-travelling Police Box, the often gin-soaked Iris travels in a time-travelling London Bus with a snooty sentient toy Panda. The world of Iris is a bit bonkers.


The Book of Ghosts is the first non-Iris book that Obverse has produced and won’t be the last. They have a short story collection by Johnny Mains out soon and lots of top-secret projects waiting in the wings. 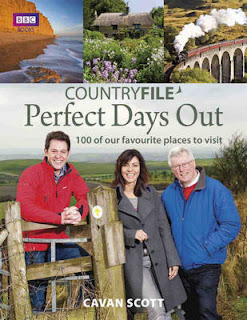 HR: You have an excellently creepy little story in the Obverse book of Ghosts, but can you tell me a bit more about your other fiction writing?


CS: Well I’m glad you found it creepy. It totally creeped me out when I was writing it. I suppose I’m best known for the work I’ve done with my sometime partner-in-crime, Mark Wright. Together we’ve written a number of Doctor Who audio dramas for Big Finish, as well as audio books based on such franchises as Highlander and The Sarah Jane Adventures.
My solo work includes Judge Dredd and The Tomorrow People audio dramas, the odd comic strip here and there and short stories that pop up in small press anthologies. I’m hoping that the next year will see me writing more of my own stuff rather than tie-in fiction. Don’t get me wrong, I enjoy writing franchise material – it’s always great to have someone let you play in their sandpit – but it’s time I started building my own worlds, if that doesn’t sound too pompous.


HR: I think from that description Iris may be my new hero and I will be seeking some of those out.


So lots of good stuff from you and Obverse for everyone to look out for and enjoy and good stuff coming. And no it doesn’t sound too pompous, I shall look forward to seeing what you create in your own sandpit.


You also do some non fiction writing *barely contained squeeing*. Can you tell us how you came to be writing for the awesome Countryfile?


CS: In my other life I’m a magazine editor and journalist. About three years ago I was fortunate enough to be asked to launch a brand new magazine based on Countryfile, which I must admit was a dream job. I edited the mag for two years, before leaving last November to pursue a freelance career. But Countryfile has stayed with me. Earlier this year my first Countryfile book -Perfect Days Out – was published by BBC Books and I have worked with the legendary John Craven and TV farmer Adam Henson on two more.


I must admit I like having fingers in a lot of pies. Variety is the spice of life and all that. My next non-fiction book is about dinosaurs which again a little bit different to Countryfile!


HR: Is there anything you’ve wanted to try your hand at that you haven’t had the chance yet? 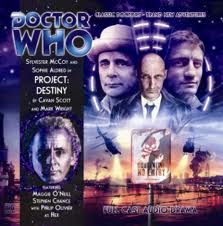 CS: Oh so, so many, many things. I’m definitely a fan of monsters of all kinds, so I’m thinking that my next project will be monster related. The Obverse Book of Monsters? Hmmmm. That has a ring to it – I must mention it to Stuart. Everyone loves a good monster don’t they?


HR: We like to do a few frivolous questions on Un:Bound and after hearing about Iris Wildtyme it’s almost too easy. If you were a sentient stuffed toy companion what animal would you want to be?


CS: Now that’s a question. I think I’d be a cuddly mongoose that is harbouring a dark, dark secret. Or an owl with a former crack habit. Or a paranoid frog.


None of these are putting me in a good light are they?


HR: Which bit of iconic british streetscape would you have as your time machine?


CS: An Ice-cream van. It means that I’d always have a supply of cornettos to hand while adventuring in time and space.


HR: I’m voting for the coked up owl!! No question and an ice cream van is a superb idea, especially for a recovering addict. 😉


Last one then … in monster stories who are you rooting for?


CS: I’m supposed to say the hero aren’t I? But you can’t help rooting for the monster a bit can you.There only usually doing what comes naturally after all. And, of course, the best monsters always come back.