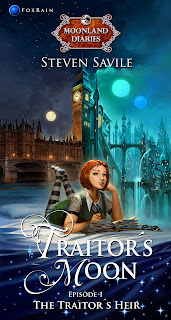 I’ve been sent the official press pack for the Moonlands Diaries which I reviewed on Young & Un:Bound. I loved it and think you will too
———————–

Has an eerie feeling in the air ever teased chills from your spine? Have you been deep in thought and suddenly shifted topic entirely, unable to explain why? Is it possible, at least once in your life, you had to look twice to verify what you saw? Then it’s possible you’ve been a part of it already.

Welcome to London – the magical city where all is not as it seems. Where the unexpected is expected by those who know to look for it. Ashley Hawthorne has lived here all her life and like everyone else who’s grown used to the city, it holds no special meaning to her. That is, until that fated day she is willed an odd looking key – a key that not only unlocks her past, but her present and future as well. Suddenly, boring old London is turned into an otherworldly labyrinth where her first step could be her last. With frightening creatures intent on tracking her down and strangers who claim to have known her all her life, how can a teenager who doesn’t even know who she is, hope to survive the dangers that await? 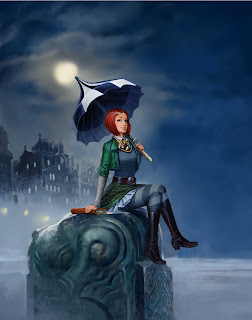 “Savile’s newest work symbolizes the spirit of Young Adult adventure reading! Bold and unexpected – Moonland Diaries is a thrilling read for everyone who needs a break from the mundane. Savile proves he can write anything he wishes.”
– Ashley Knight, author of Fins & Fathom


Foxrain AB teams up with bestselling fantasy author Steven Savile for the epic and groundbreaking multimedia reading experience, Moonland Diaries. The project, which will initially launch as a series of richly illustrated novels, will be supplemented online, with apps and other exciting developments that take advantage of modern technology to give the most immersive experience imaginable. 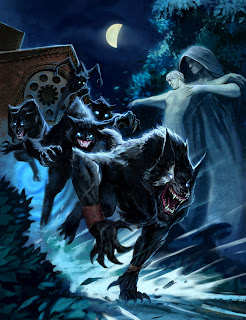 The Moonland Diaries takes place in modern day London, but as the heroine fifteen-year-old Ashley Hawthorne soon discovers it’s a world quite different from the one we are all so familiar with. The city holds ancient gates and passages to the Moonlands – a world that is both fantasticly beautiful and deeply sinister. When wolf-like creatures enter our world through the gates, intent on killing Ashley, these two worlds collide. She is forced on a wild and terrifying adventure that could cost Ashley her life as well as her heart.

“The Moonland Diaries is a wonderful project that perfectly encapsulates the ethos of Foxrain. The company is all about telling classic stories of fantasy and horror, but with contemporary and completely unique take on them, both thematically and in terms of delivery. Readers will be able to experience the Moonland Diaries across all media platforms, making it the ultimate storytelling experience for the smartphone generation. To be able to create this universe together with a brilliant and versatile writer like Steve is nothing less than a dream coming true.” Says Foxrain CEO Michael Stenmark.

“I was drawn to Foxrain for Moonland Diaries because it was immediately obvious we shared a common belief that stories can (and in this day and age should) transcend traditional paper and ink, and even e-ink, into completely immersive universes. As a writer it’s a wonderful feeling to watch other incredibly talented artists and developers run with the ideas in your head and create wonderful rich imagery that just makes everything feel more alive,” Steve explains.

NewCon Press is proud to announce an exciting new venture, Imaginings. A series of
short story collections (approximately 50,000 words); each volume will feature the work of a single selected author, bringing together the very best of that author’s previously published but uncollected short fiction, as chosen by the author themselves, plus original stories.

Imaginings will be published at three or four month intervals. The first volume will appear

There will be a signed and numbered hardback edition limited to 100 or 125 copies, plus an e- book & kindle version. No paperback edition.

Each volume of Imaginings will feature generically similar cover design and layout (though
with individual cover art), so that the books build into a credible series.

The signed hardback editions of Imaginings will be available to buy via the NewCon Press
website, priced at £19.99 (plus shipping, currently £2.50 per book within the UK).

Or… Imaginings can be purchased via subscription. The advantages?

Reduced price. Two volumes: £38.00, three volumes: £55.00, four volumes: £72.00.
Shipping within the UK will be free (and discounted for overseas subscribers).
Subscribers will ‘buy’ a number within the limited edition run. Every volume you
receive will feature that number, which remains yours exclusively until the subscription
lapses, at which point it will become available to others.
In addition to the hardback volume, subscribers will receive a free copy of the e-book.
Subscribers are guaranteed a copy of a high quality, very limited book which is likely to
sell out rapidly and become highly collectable.

“I know if you try to explain it, whatever reason you come up with, it’ll be wrong.”

‘The Office of Lost and Found’ is now available in hard copy. Published as an ebook
through Anarchy Press, VHK has now made the book available through Lulu for
those who still crave the pleasure of a physical book.

Available now as paperback with a version of the ebook cover and as a hardback with the original ‘logo’ cover, these editions of ‘The Office of Lost and Found’ include notes and sketches by the author not previously released.
Paperback: http://www.lulu.com/product/paperback/the-office-of-lost-and-found—paperback-artwork-edition/16801793

POD is by it’s nature a little more expensive but costs have been kept as low as possible and the extra content makes these versions well worth it.

Adele is no longer accepting unsolicited review copies due to other commitments.